Home / Media / What is the whole process of electric vehicle production?

What is the whole process of electric vehicle production?

What is the whole process of electric vehicle pr […]

What is the whole process of electric vehicle production? The quality depends on these links

The process of electric vehicle production is different between large factories and small factories. large factories has a longer production chain. Generally, core parts such as frames, motors, and batteries are produced and manufactured by themselves. However, most manufacturers do not have this capability, and they are assembled through the procurement of parts and components.

The second step is the processing and assembly of core components: the final frame is formed by robot welding, pipe bending, assembly, and electrophoresis painting. The motor completes the winding of the copper wire stator through automatic winding equipment. Finally, the magnetic steel and metal cover are installed, and the motor protection is injected. With corroded and lubricated liquid oil, the motor assembly is completed. The shell of the plastic part needs to be sprayed with baking varnish, and finally a kit is formed to prepare for the assembly of the production line.

The third step is the assembly of parts. Different models are assembled on the production line according to certain templates and standards. The hub motor, front wheel, front fork, shock absorption, brake, controller, and wiring harness are installed in sequence through the assembly line. Plastic parts such as installation, lamps, seat barrels, shells, etc.

The fourth step is the off-line inspection stage after the vehicle is assembled. Inspectors carry out load-bearing tests on tires, brakes, shock absorption, handlebars, water spray, and load. Vehicles that pass the test enter the next step, which is packaged and shipped in the warehouse. According to the model of the bike, the packing and delivery link will place the certificate, warranty card, and bike accessories inside.

In the fifth step, after the dealer places an order through the enterprise system, the enterprise will generate an invoice, and the logistics department will make a unified delivery. 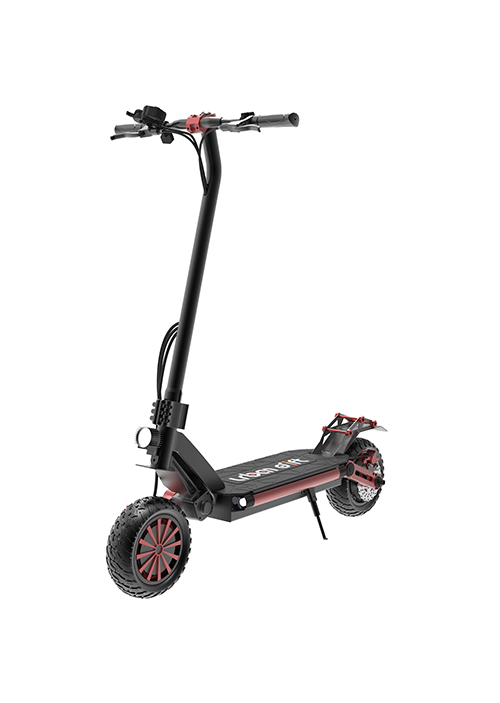 0
PREV: Methods of cleaning and maintaining electric vehicles      NEXT: Is it really cost-effective to buy a lithium battery?